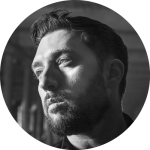 An agent of creativity, who is driven to achieve excellence with passion and integrity. With over a decade of experience leading studio operations, Darren has quarterbacked all manner of recording and production from concept to fruition.

Having charted multiple music credits on Billboard as an artist, writer, and producer, Darren has facilitated production for Universal, ABC, The CW, Showtime, Apple and EMI-Capitol among many others. Darren is a fiercely loyal creative ally who is abandoned to the team’s success and the relentless pursuit of compelling artistic communication. 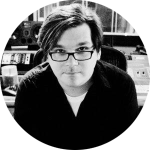 Over the years, Jonathan has amassed a collection of modern and vintage gear, instruments, and amplifiers. Jonathan is able to use these on every session to inspire and enable performance and capture it with a unique and artistic perspective.

Find out more about Jonathan at his website, This Sounds Good. 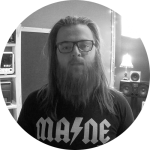 Whether it’s producing, writing, engineering or mixing, Kevin Billingslea’s work can be heard worldwide. From Japanese acoustic-pop, to American Metal/Hardcore, his ears and skills know no limits. 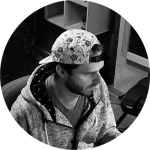 After cutting his teeth with electro-pop act The Other Bones, Andrew transitioned into producing for some of New England’s top acts with a focus on programming, synthesizers, and sampling. Among other accolades, Andrew’s work has appeared in the iTunes Top 10 charts and he has shared the stage with the likes of Drake, OK GO, Tove Lo, and more